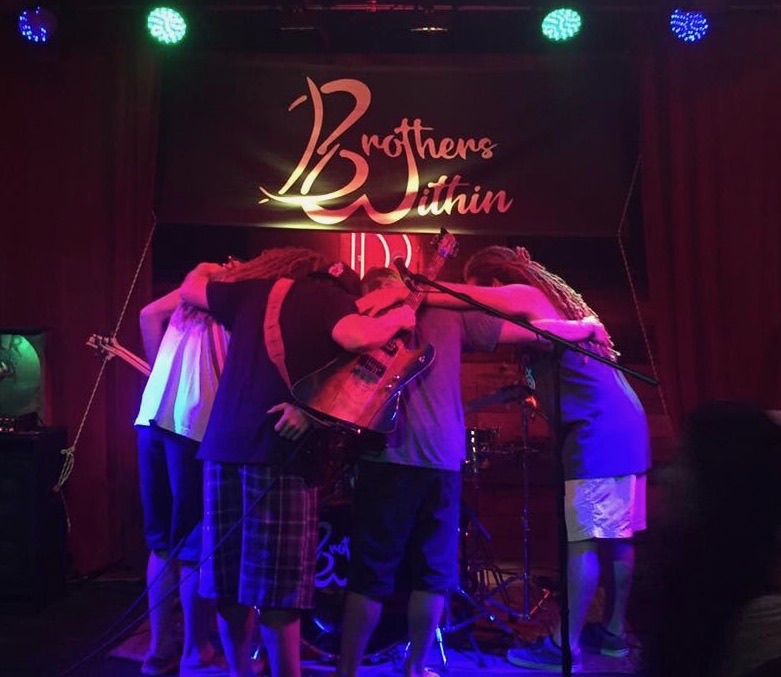 Brothers Within is a Reggae band out of Daytona Beach Shores FL. Inspired by their favorite bands, fueled by concerts, and driven by the offbeat music and vibe only reggae can deliver these four quickly realized that their passion was bringing that same vibe home and incorporating it into their daily lives. With little to no musical talent and a dream the boys got to work.. Between learning to play their instruments and supporting each other through daily life struggles, laughing fighting and encouraging along the way, together they developed an organic relationship that could only be defined as a brotherhood. Countless days of practice, jam sessions on the beach, and a few sketchy open mics later the brothers hosted a New Year’s Eve block party and turned a dream into reality. Knowing their potential was only as great as their dedication they poured everything into the band and continued to grow through the support of family friends and the community. Brothers Within brings a lasting impression everywhere they go and with their original music finally released they truly are a testimony to their  hard work and dedication.

Above and beyond their origin Brothers Within is very unique. These guys are extremely family oriented, community minded, and faith driven. From their originality to their individual talents both on stage and off it’s easy to see that Brothers Within is not your typical band. One of the most obvious of these traits is the trading of instruments and switch up of vocals during their shows. The band members work together and trade instruments in order to accommodate each song, so much that that they joke about every member being required to play the bass.

Off stage the Brothers are very involved within the community they can be found using their musical talents worshiping at church, giving away homegrown pineapples and flowers, teaching groms to surf, assisting local fundraisers, cleaning nearby beaches, and generally helping any neighbor in need. If that isn’t enough stick around after a show and you will most likely find a Guinness world record holder entertaining adults and kids alike!